I started building a go kart around the September of 2013, and have been working on it on and off (mostly off) until about September of 2014, at which point I accelerated the project and completed it before my birthday in November. 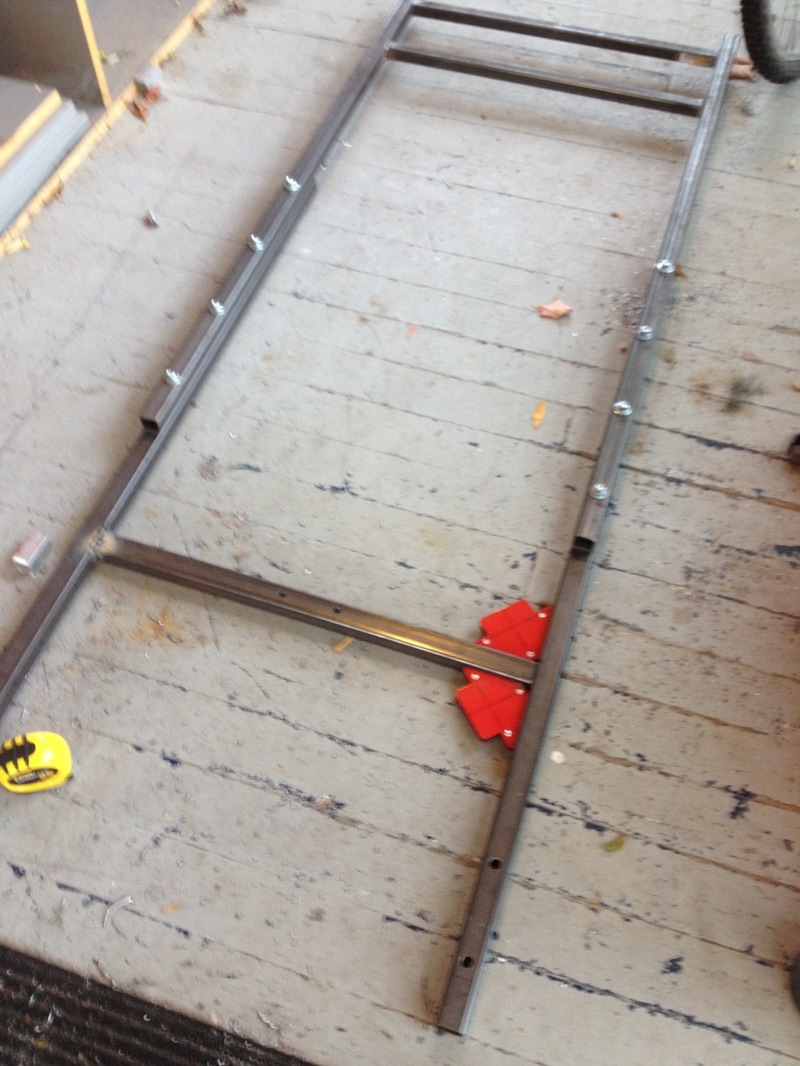 Everything is welded together using my 140A MIG welder. At first I used the flux core functions of the welder because I didn't have any gas. During the latter half of the project I acquired some CO2 for other experiments, which allowed me to use the MIG mode. For the structural components of the frame I also drilled holes (took ages) and inserted bolts of 1/2'', 3/8'', 5/16'', and 1/4'' diameter, so that the structural integrity is not entirely reliant on my welding expertise (or the lack of). 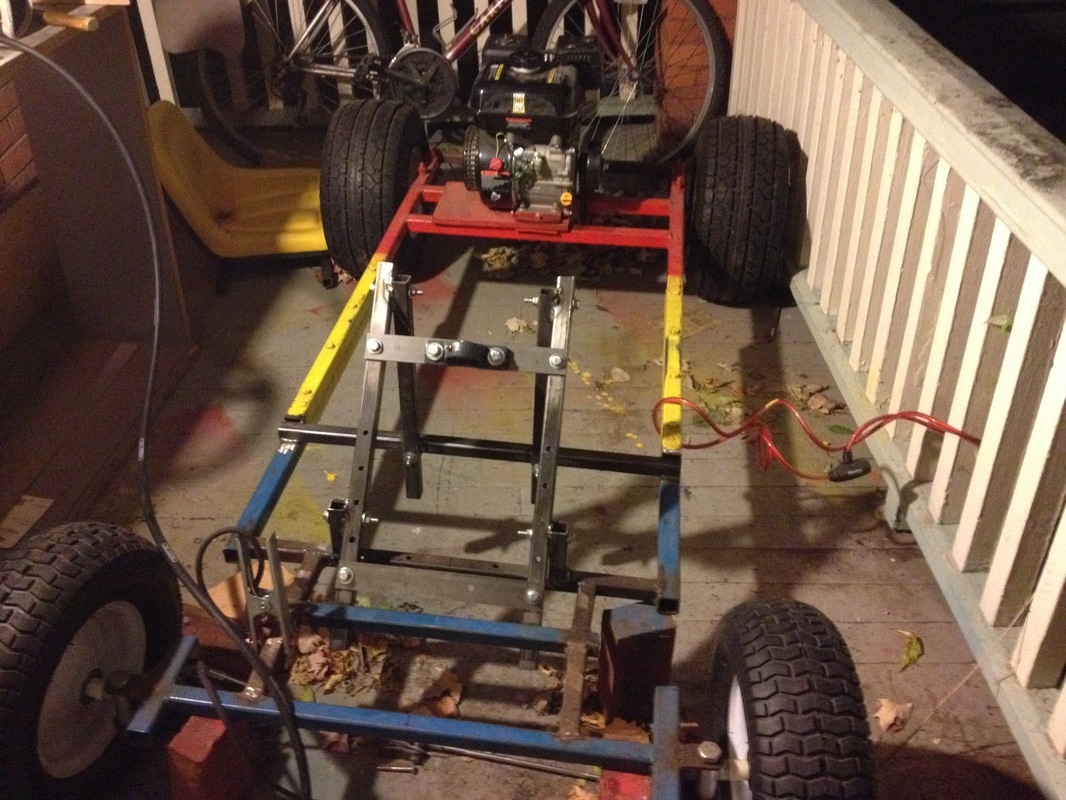 The go kart is live axle back wheel drive, with engines mounted on the back. The first iteration had a clutch transmission, which suffered from poor acceleration due to a low sprocket ratio of 10:48 (because my frame did not allow for a larger axle sprocket). The rear axle is mounted on dual ball bearings which are bolted to the frame. The rear tires are 18'' in diameter.

I changed over to a Continuously Variable Transmission (CVT), Comet torque converter, with much improved acceleration as it had a variable ratio of 1:3 to 1:0.9 overdrive in addition to the fixed sprocket ratio, totalling about 10:150 ratio.

The steering assembly I bought as a kit on eBay, and needed some slight modifications as the tie rods they supplied was too short for my frame. The main steering rod goes in two bearing which I bolted and welded to the frame. The front wheels are 16'' diameter trailer tires. 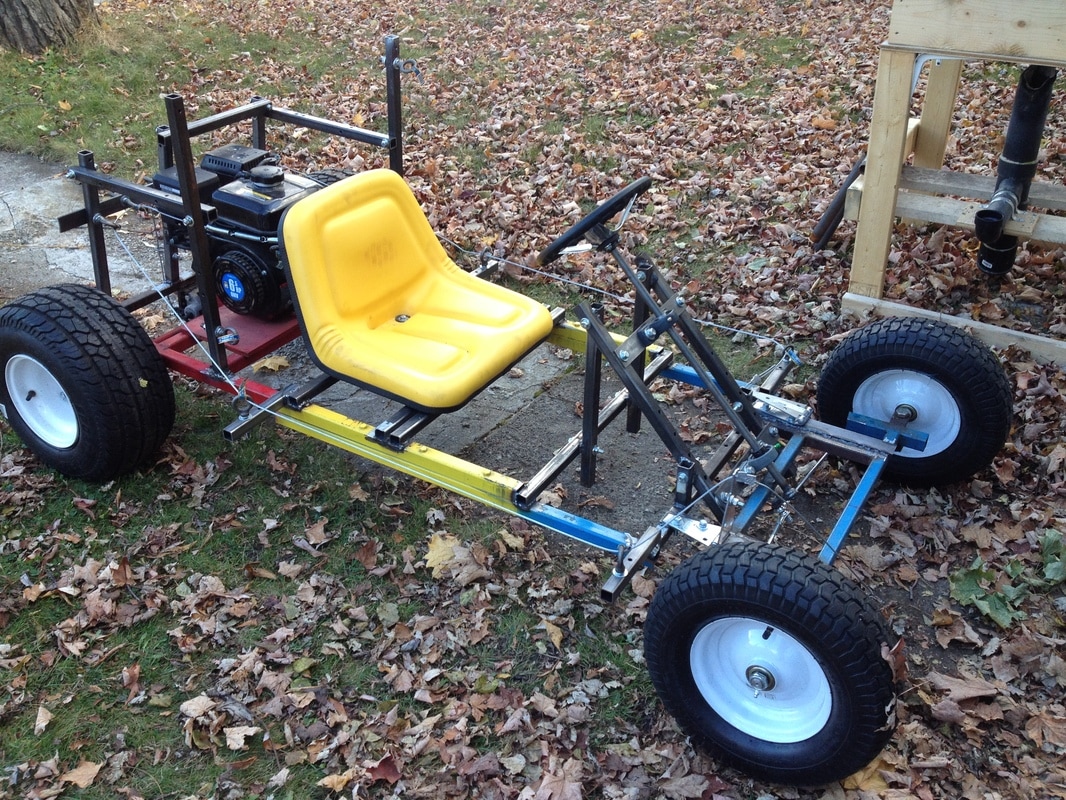 I have decorated the go kart with Christmas ornaments for Christmas, and added some electrical components, 12v battery, inverter, headlamps, and of course Christmas lights.

In the near future, an electrical motor will be added with reversing and regen capabilities. 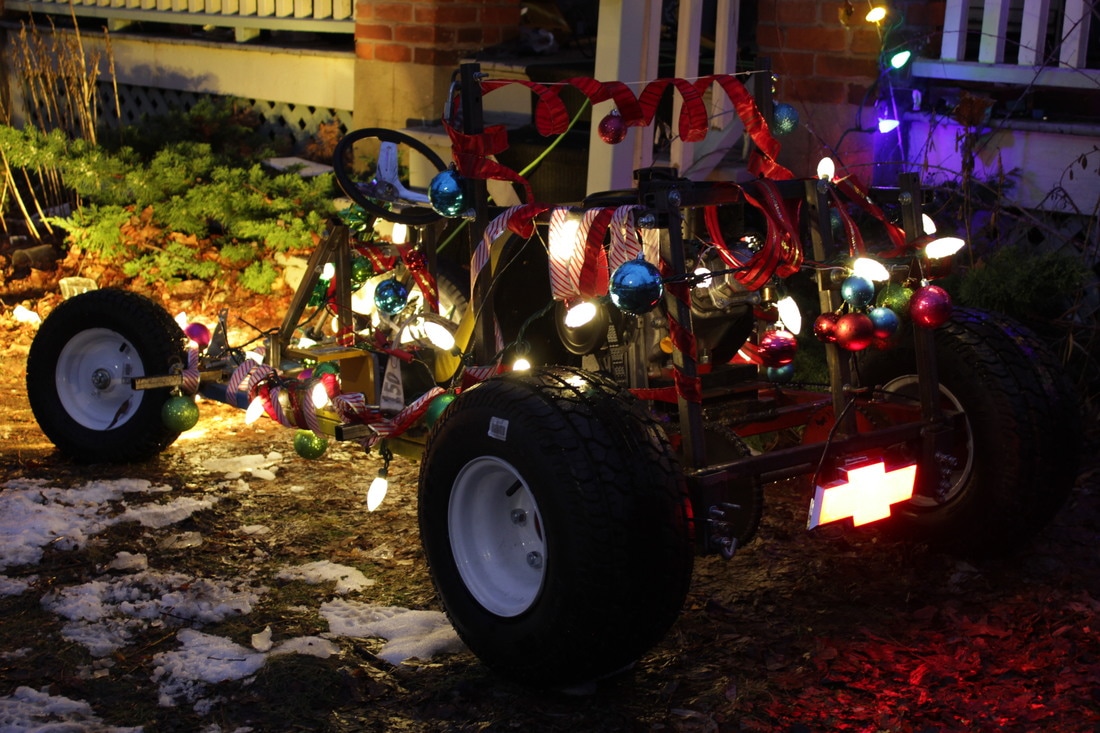