Wireless energy transfer (see witricity) can generally be achieved via one of the three groups of methods:

Direct radiation, such as microwave or laser.

This particular project utilizes direct radiation in the form of microwaves. Note that this project was me and my friend Sarah's entry in the annual Queen's University Golden Words Science Fair of 2013. 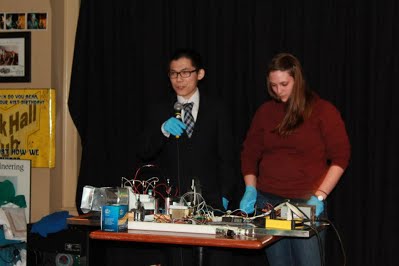 ​The heart of this project is the magnetron. Which is a special type of vacuum tube placed in a cavity resonator, and emits microwave radiation of a particular resonant frequency determined by the cavity dimensions. In this particular case, the frequency is around 2.4 GHz.

Magnetrons, like most vacuum tubes, require a high voltage DC power supply, as well as a high current low voltage heater supply. The high voltage supply (around 2KV DC) is made from a salvaged microwave oven transformer, whose AC output is fed into a Greinacher voltage doubler, and the output is a 2KV DC suitable for the magnetron tube. (Aside, in another project I used this voltage multiplier with more stages, and fed them into a Marx generator, which was able to generate lightning discharges over 10" long!) 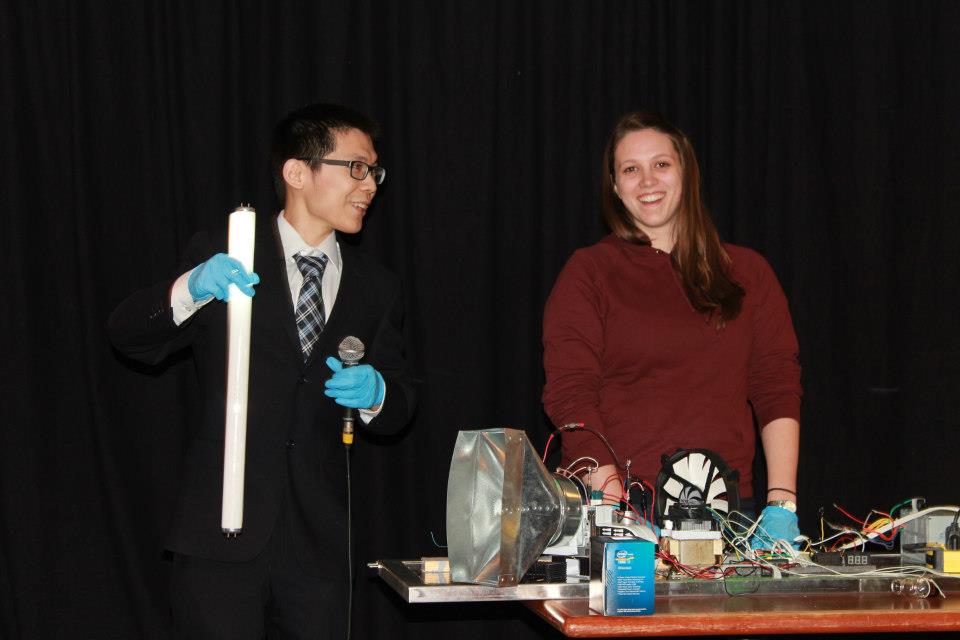 The radiation coming out of the magnetron cavity is neither collimated nor coherent, thus the divergence is quite large. A large divergence causes the radiation's irradiance to drop at longer distances (compare with lasers, which typically have very low divergence). This is one of the main reasons that microwave radiation wireless energy transfer is not currently feasible. Another problem with a magnetron is that radiation coming out of the cavity faces a large impedance mismatch, hence waveguides are required. Here, I simply used a ventilation coupler to act as a waveguide (horn antenna, specifically), which focuses the beam slightly, and improves impedance matching. 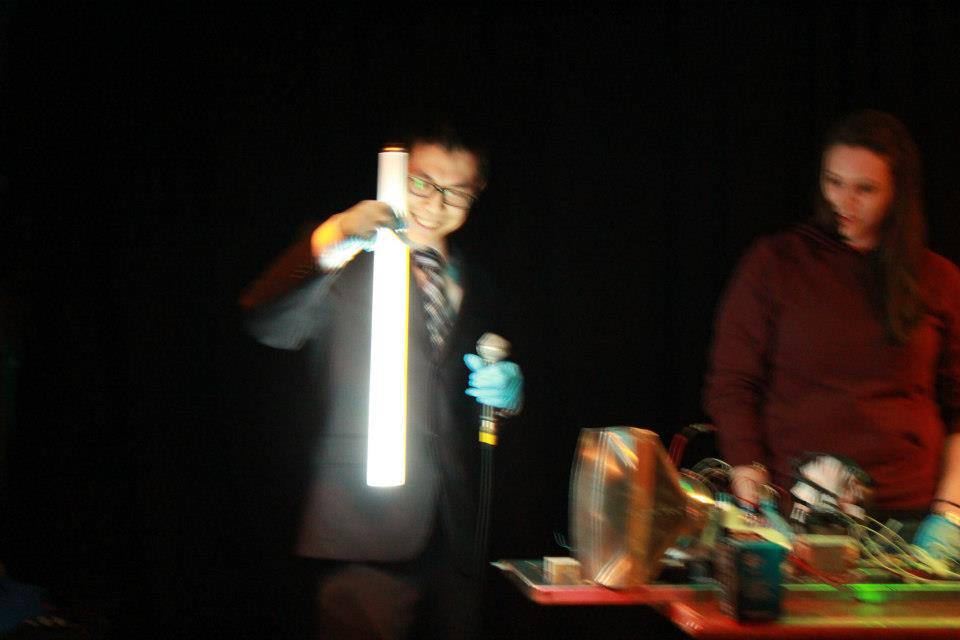 I have noticed that in order to "strike a glow" I need to have the tube closer than 50 cm from the waveguide output. However, once the tube begins to glow, I can pull it to almost 3 meters from the waveguide and still remain lit. I hypothesize that this phenomenon may be related to the fact that normal florescent light bulbs requires an initial high power to ionize the gas, and then is ballasted to a lower current.

My friend striking a pose with the "lightsabre". 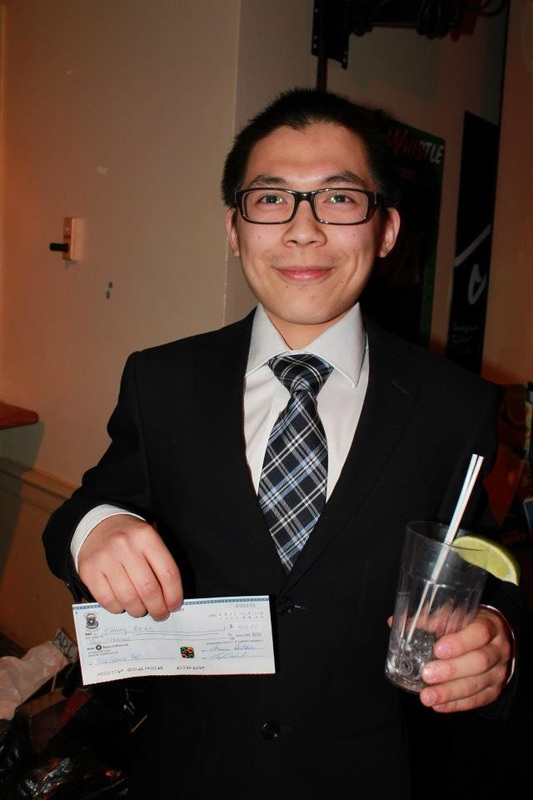 The monetary results of this endeavour